On the 2nd July of 2017, an event called Kirkin’ o’ the Tartan was held at The Scots Church in Melbourne CBD.
Those who do not know what this means, here is some history. – Kirkin’ o’ the Tarten
After the defeat of the Jacobite rebels at Culloden several measures were taken by the Government to bring the warrior clans under control. This included the Act of Proscription which came into force on 1st August 1746 and included the banning of “the Highland Dress”.
The Act was repealed and given Royal Assent by King George III on 1st July 1782. The repeal reads:

Listen men. This bringing before all the Sons of the Gael, the King and Parliament of Britain have forever abolished the act against the Highland Dress; which came down to the Clans from beginning of the World to the 1746. This must bring great joy to every Highland Heart. You are no longer bound down to the unmanly dress of the Lowlander. This is declaring to every Man, young and old, simple and gentle, that they may after this put on and wear the Truis, the Little Kilt, the Coat, and the Striped Host, as also the Belted Plaid, without fear of the Law of the Realm or spite of the enemies.”

Clan MacMillan was proud to attend that day and I would like to thank all those who attended.

Here are some pictures of that day. 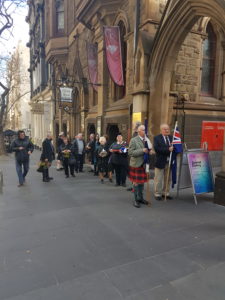 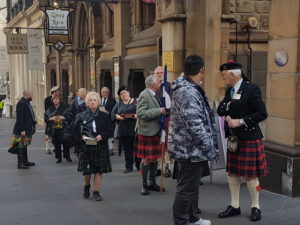 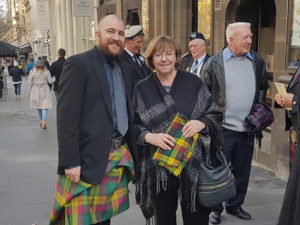 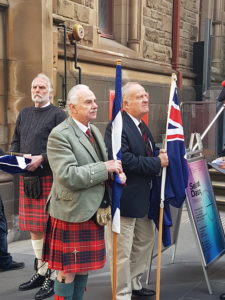 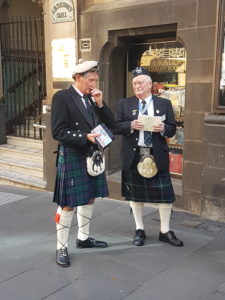 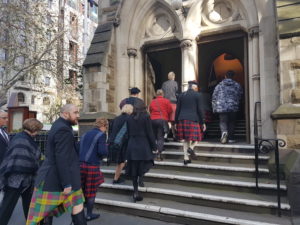 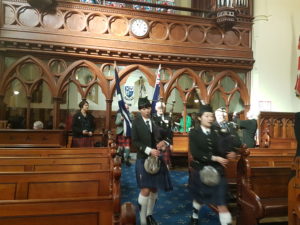 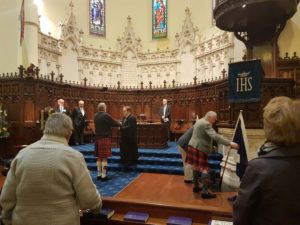 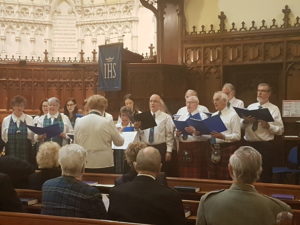 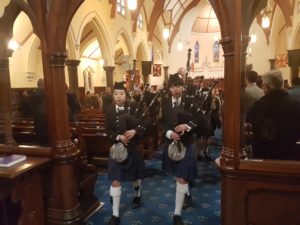 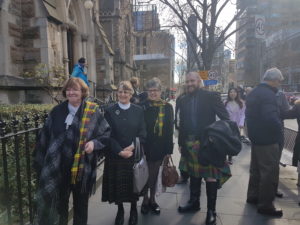 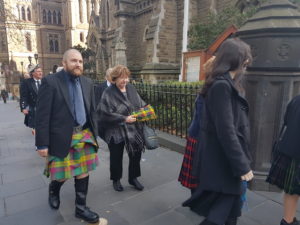 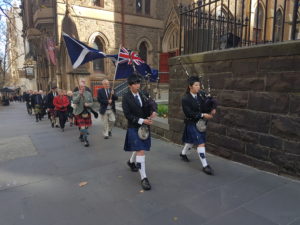 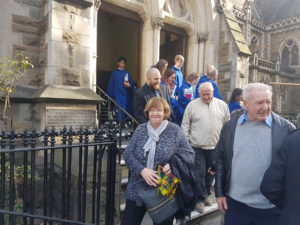 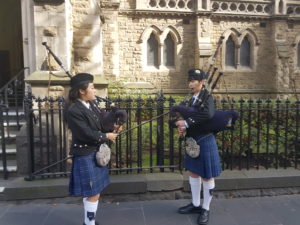